“An exquisite pleasure had invaded my senses, something isolated, detached, with no suggestion of its origin. And at once the vicissitudes of life had become indifferent to me, its disasters innocuous, its brevity illusory – this new sensation having had on me the effect which love has of filling me with a precious essence; or rather this essence was not in me it was me. … Whence did it come? What did it mean? How could I seize and apprehend it? … And suddenly the memory revealed itself.”

Maquinay’s sculptural projects are a result, in part, to her genuine feeling for nature and the environment. She questions and delves into notions of memory, meaning and magical shamanic ritual (alchemy). What at first appear to be totemic vestiges of modernist sculpture, turn out to be a strikingly enchanting and surreal representation of her surroundings. Originally appropriated materials such as wood, stone, strings, textile, glass and scraps of metal, are reused and reimagined to create her work. These are testaments of places that are meaningful to her, vestiges and memories of time past. She was invited in July 2013 to an artist residence in Catuçaba, Brazil, constructing three in-situ pieces using on site materials. In 2014, she was commissioned to create two sculptures in the context of a butterfly park in Ibagué, Colombia. Her refreshing and intimate approach to sculpture was also exhibited in 2011 at the United Nations in New York, where she currently lives.

Maquinay is also deeply committed to humanitarian actions. She is the President and Co-founder of Caring for Colombia Foundation. Established in 2003 in New York, it supports artistic, creative and educational projects in order to heal vulnerable communities and helping to build a peaceful culture in Colombia.

ABOUT MY RELATIONSHIP WITH NATURE, BODY & FEMININITY

Ever since I was a little girl, I have had a very intimate relationship with natural and found objects.

I would find stones and wood pieces that had no value to anyone else, but for me, they had immense value. Their shapes and textures fed my mind while making my curiosity grow. I kept wondering where these objects had been and if they could speak, what story would they tell me. Since then, I started collecting these objects without really knowing why or for what use. I would gather things from parks, gardens, rivers and beaches. As I grew older, I continued encountering objects everywhere I went, including the jungle, forests, slums and even in dumpsters.

During my sculpture class in college, I learned how to make proportioned figures of the human body. The classical techniques really taught me about balance and symmetry and as I evolved as an artist, I discovered that I wanted to use these techniques into the objects I had been collecting since I was a child. These abstract and volatile sculptures had a unique life in them that got people’s attention. They were very personal at first and when I noticed my family and friends understood the language, I was creating through them, I knew this was a route I wanted to take as an artist. These ephemeral pieces evoke my journey through the world. By giving them a life of their own, they carry a memory and they reflect our human condition, our strengths, weaknesses and our complexities. They are no longer forgotten objects; they are reborn and continue “living” as an art piece.

I have always had a fondness for forgotten elements, things that are considered garbage, useless, and not necessarily beautiful. I work with rocks, stones, especially ones that might resemble something. I also enjoy working with wood pieces and shapes that seem to tell a story as well as big metal parts from closed-down factories. I love bricks, feathers, seashells, corals, broken glass, nests and dried seeds. Strings, roots, crystals, bones and on occasion plastic. These objects tend to find me. I don’t go on field trips to find these elements, they have a way to find me as I visit a new place or even when I am just walking down the street. 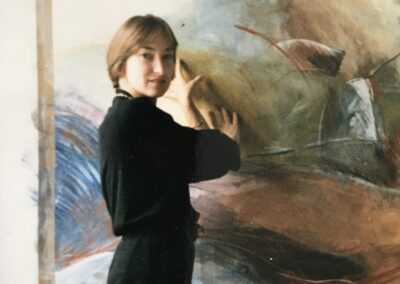 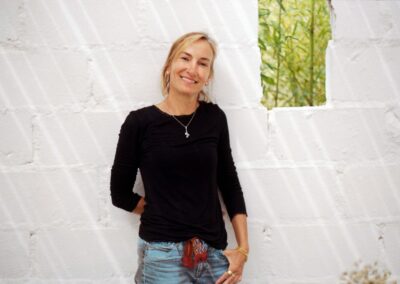 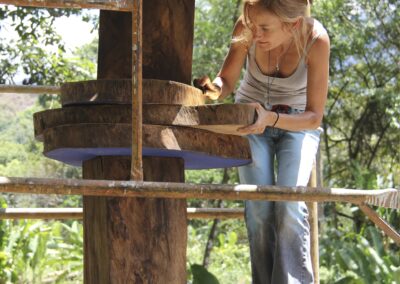 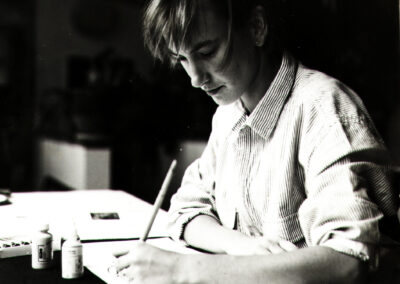 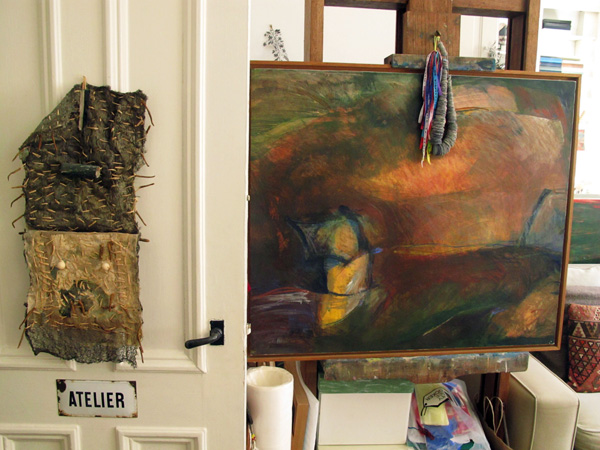 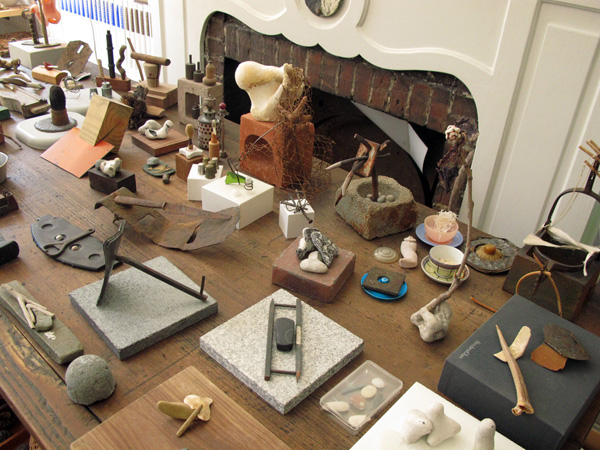 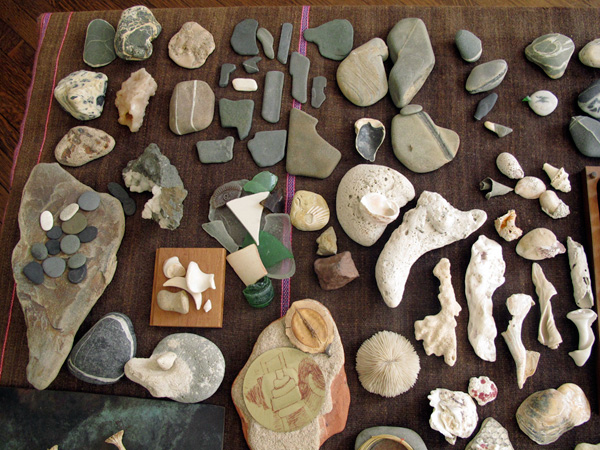 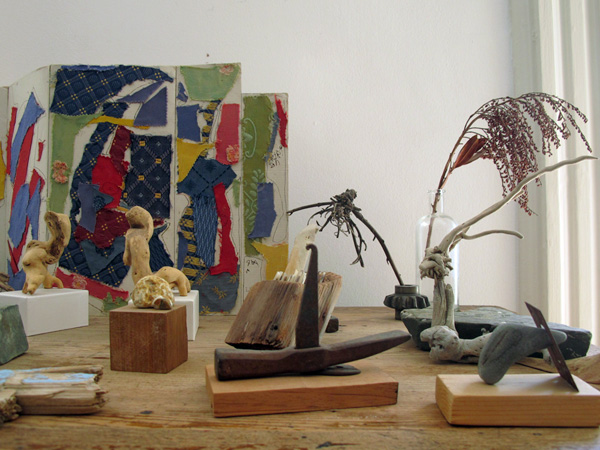 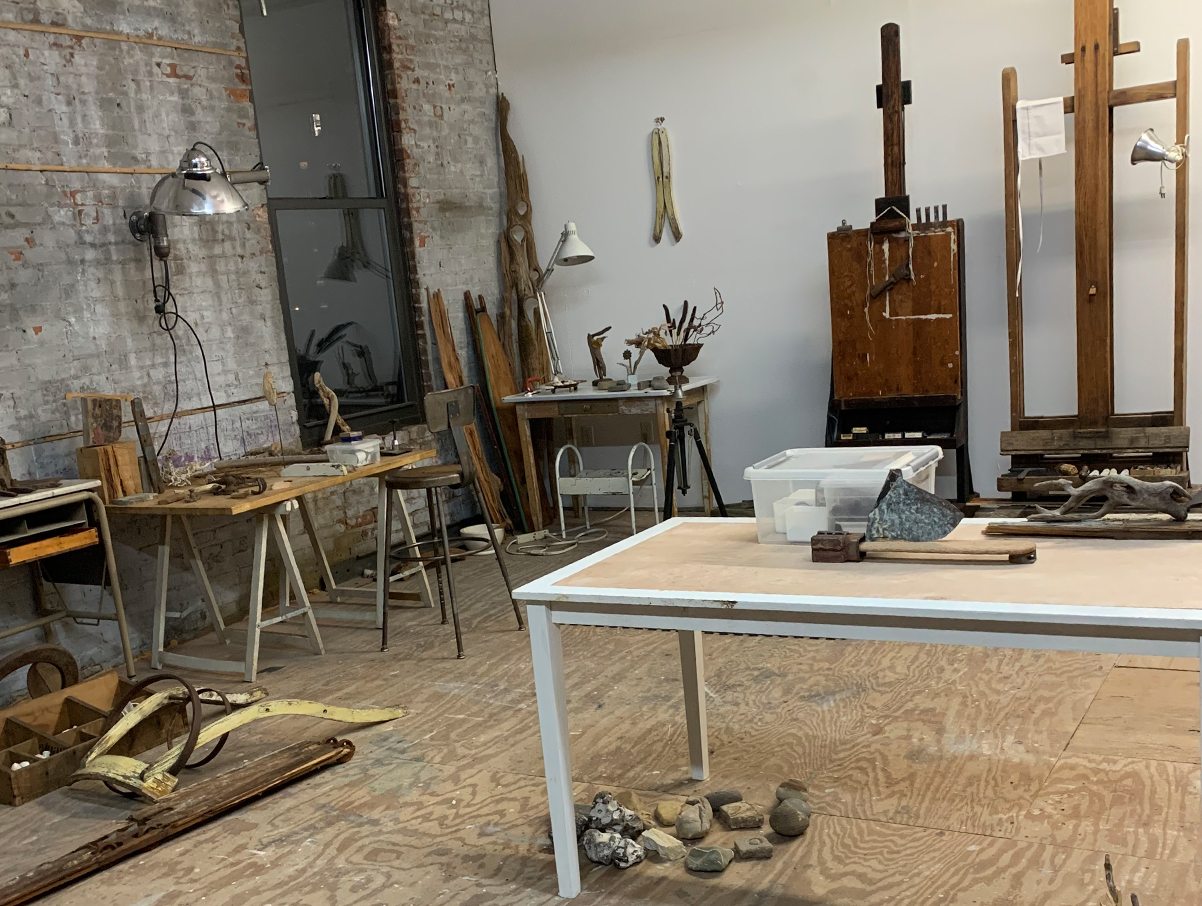 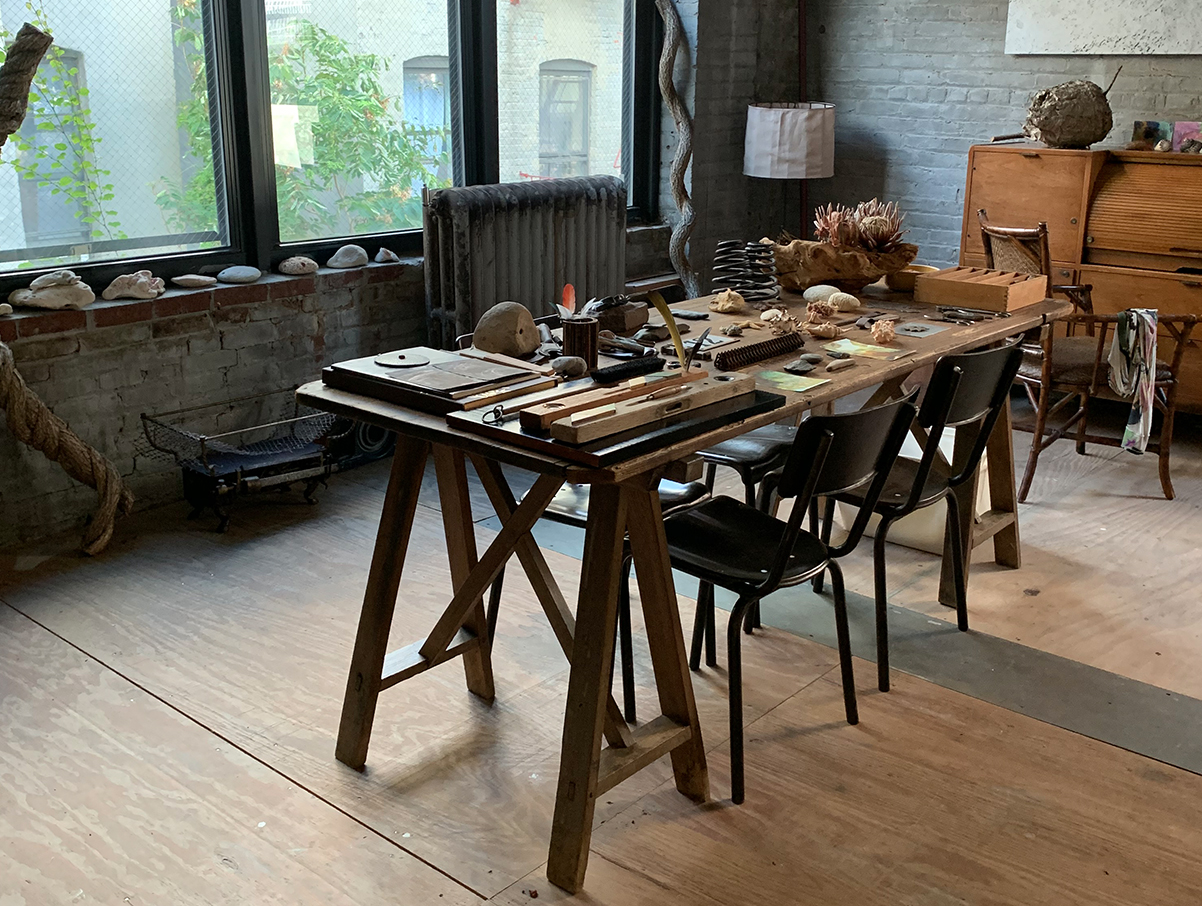