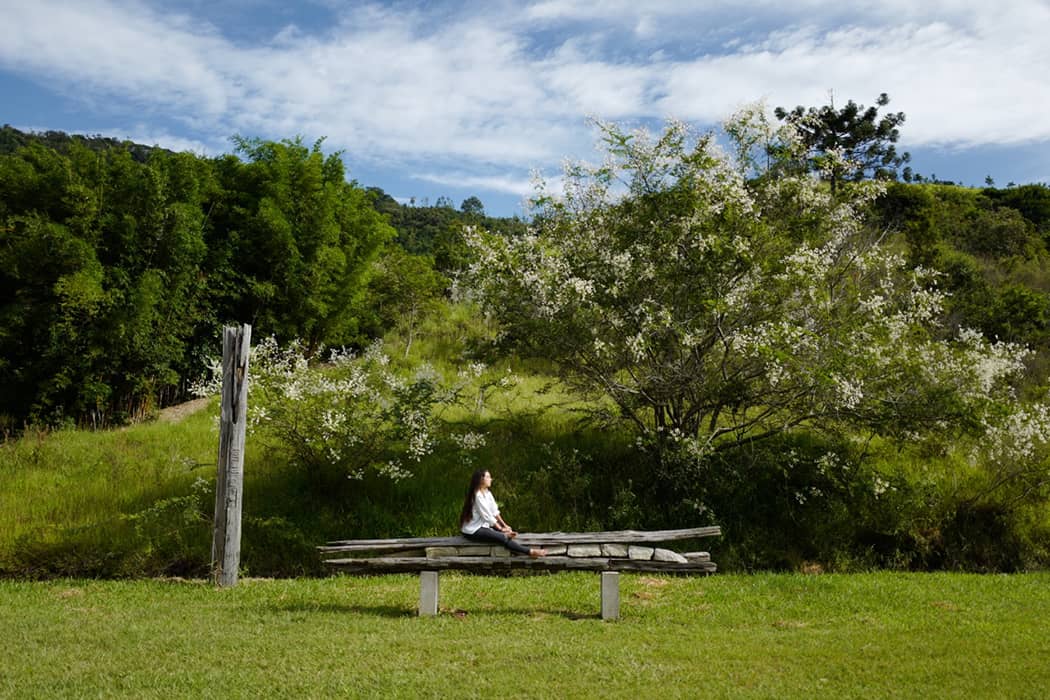 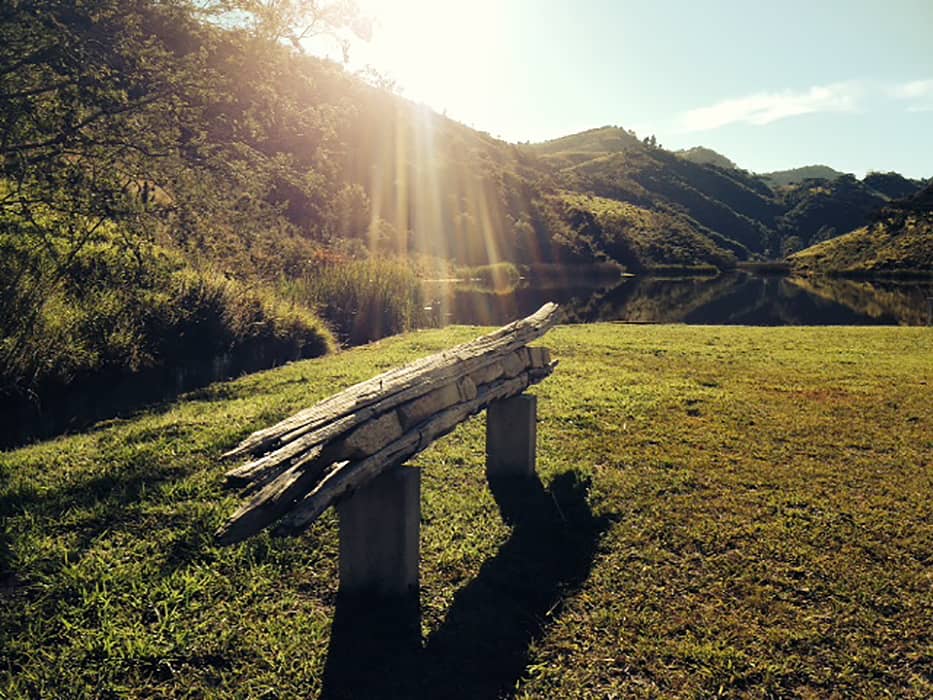 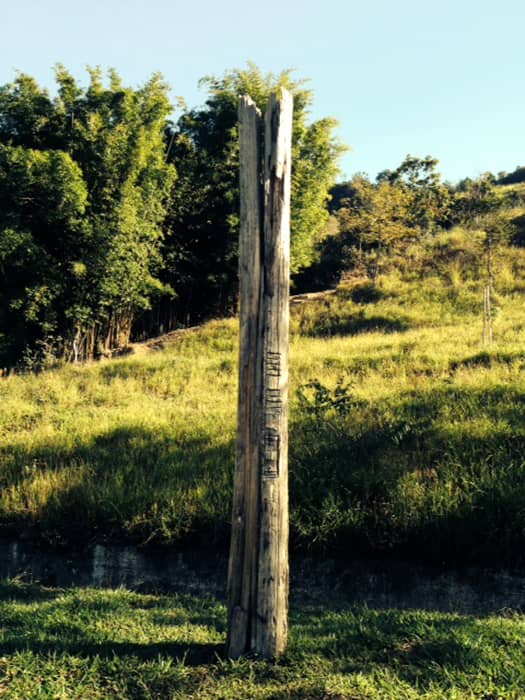 Heaven and Earth.
‘Heaven and Earth’, was made in July, 2013, using recycled wooden beams or pillars, granite stones and quartz that were manually extracted from a stone pit in the Fazenda Catucaba area. Because the two wooden beams emerged from the earth, having once been abandoned and buried in the ground, they became associated with the world of mythology and life origins, and took on a special meaning for me as they blended into this particular landscape, surrounded by forests, hills and a shimmering lake.
As well as the forms pointing forward and upward, towards the water and sky, I combined both concrete elements and more ambigious ones. Placing the larger granite and smaller quartz inside the wooden structures, they materialised into a physical texture on both the horizontal and vertical forms, giving them a representational function, something like scales, feathers and teeth, transforming abandoned structural pillars from a coffee factory that were once trees, into sacred animal-creatures that turned into land, water and sky deities for our contemporary world.
There was always an irrational, intuitive order, an internal potent logic that came forth from this way of working, a spontaneity and something so of itself that seemed always so natural and never like an imposition
I was very interested in following the course of nature and it being present in this project; as in narrating a more profound story about creativity and expression.
There is also a mystery that makes itself present in this sort of approach, because it is not a method, but an inherentely unpredictable, intuitive, fragile and sensitive way of being and seeing. So the result is always a mysteriousness, we have to have trust in ourselves, in our surroundings and in our understanding of the world of things and in their possible meanings. It is my hope that this way of working, and its results, can best be summed up as a way of dissolving and embracing boundaries, real and imaginary and that they can be beneficial in the creation of something that can alight the viewers imagination and transport him or her to another place, dimension or simply to allow a more beautiful experience of the present.

As Nietszche says, “Only art can replace old mythologies”